Put the Razor Blades Away

There is a particular style to the way James Carville drawls that always gets me.  It’s that southern bayou reassurance I guess.  It was really needed last night and then again later today when I felt a pit in my stomach and an impending sense of doom after the results started coming in.  Carville told Brian Williams that he was telling Democrats to put away the razor blades and put them back in the medicine cabinet.  That it would all work out, because the vote will be counted, one way or another.  And indeed, Biden’s path to 270 seems to have cleared up today with the recent calling of States.  I’ve been switching between CNN, MSNBC and Fox. To my surprise, Fox has actually called a couple of states ahead of the others for Biden and they have Biden with a higher total of electoral votes so far.  I think I will sleep better tonight, although I still fret about the Senate.  Even Carville’s reassurance that the fat lady has yet to sing about North Carolina, Alaska and Georgia did little to ease the sting after I saw how the fantastic Steve Bullock dropped like a stone in Montana, and Sara Gideon got mugged in Maine.  So many sobering lessons about where this country is after this dreadful campaign.  Can we ever recover from this, and the past four years? 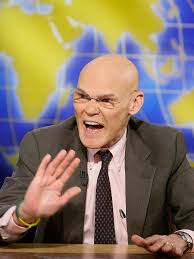